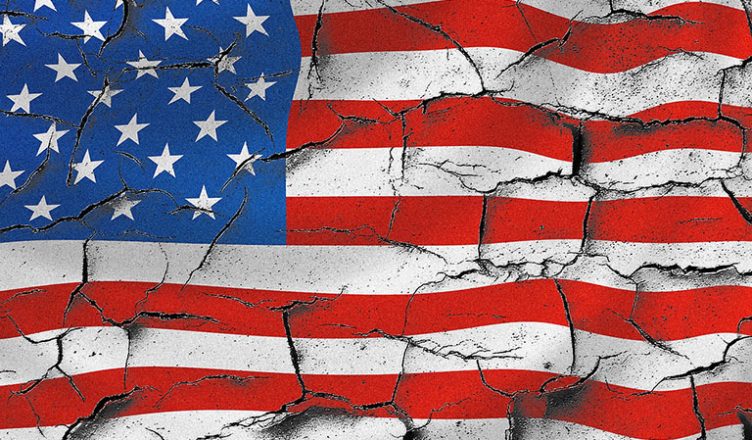 “They (terrorists) hate what they see right here in this chamber: a democratically elected government. Their leaders are self-appointed. They hate our freedoms: our freedom of religion, our freedom of speech, our freedom to vote and assemble and disagree with each other.” – George W. Bush

WHAT?! The “land of the free?” Whoever told you that is your enemy! – Zack de la Rocha

There are attempts to measure freedom. Heritage foundation indexes “economic freedom,” placing the U.S. at 18. This is behind Hong Kong, Singapore, Australia, New Zealand, and a large swath of the EU. Cato Institute also ranks our “economic freedom” at 17th, while ranking our “personal freedom” at 24th. If one points this out, we are reminded that “they can’t own guns,” which is a topic for another article. Europeans have expressed amazement at America’s obsession with freedom while having the highest prison population on earth. Were we really free at some point and our country has collapsed until we’ve reached this point? This article will explore what freedom is in the United States and if we really have any. Due to the scope of the article, it will be broken into sections.

Over this series, we have shown that America was in no way founded on freedom, at least not universal freedom. Our country was founded as one more system for a small minority to thrive at the expense of others. One may argue that the framework provided the growth of rights for minorities over time, but many civil rights milestones occurred in Europe before the U.S.  The freedoms we enjoy today were forced into place by men and women who stood up to the “America Way” and forced change. Susan B Anthony, Rosa Parks, Harvey Milk and others like them deserve far more attention and respect for their contributions to freedom than the average person realizes. Let us never forget them and honor them by fighting against the people and systems in place that hold any of us back.

To read the rest of this series, click here