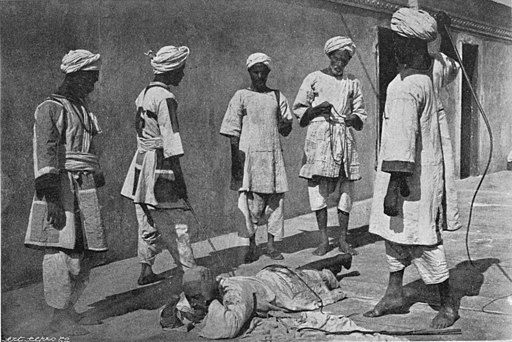 This is a quicky. The entire eighteenth chapter of Exodus tells the story of Jethro (Moses’ father-in-law) showing up with Moses’ wife in tow. There was never any mention of Zipporah leaving, and scholars have even argued that this is a mistranslation, but I digress.

Jethro shows up and notices that Moses spends all day acting as a judge and arbiter for the five million people following him. He points out this is too much work for one man, and suggests he appoint leaders to take some of the work off of him.

Now the “county” is teeming with theocratic authority figures, down to groups of “tens.” Suddenly this became much more of a cult than before. This works out to hundreds of thousands of “leaders” chosen very quickly to enforce discipline and religious doctrine. Suddenly it’s not that funny anymore.

Don’t worry, next week we get the ten commandments!