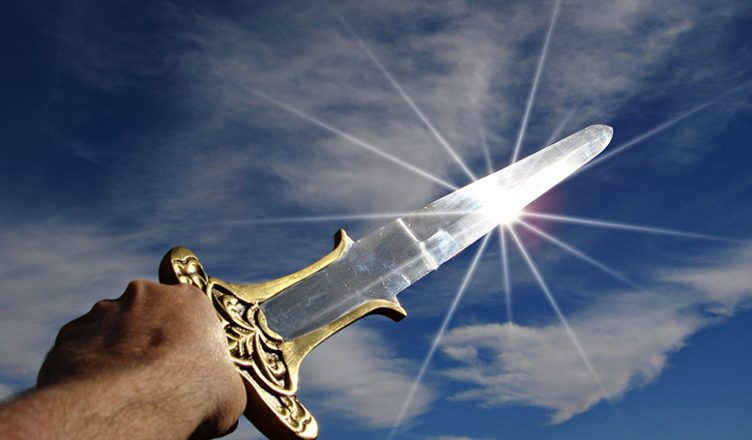 Why do fantasy writers always make names so hard? The always dive into Icelandic or Swedish and come up with these difficult to pronounce (and remember) names?  That’s why my D&D characters (and weapons like swords) are always named something simple. Like Jeff!

Jeff is a sentient magic sword. While typically a +1, he has some issues. Jeff loves spears. He has quite the mental complex regarding spears. If you are fighting an opponent armed with spears, he grants a -2 because he is in awe of the weapon. Bladed pole arms infuriate him though; he feels like they are mocking the beauty and simplicity of the spear. Against thee foes he has a +2. After using Jeff for a few months, the owner will begin seeking out magic users who can enchant weapons. He wants to change “bodies” and become the object of his admiration.

If he gets his wish, he becomes quite an amazing weapon. At the beginning of combat, he grants +1. This increases by +1 each round until maxing out at +4. Any natural 20 roll pierces the victims heart, killing them instantly. (Save undead or any other creature who would not be killed by this type of damage).

The side quest to find a wizard that can do the change (and what he will require) and be as entertaining as your imagination can reach.