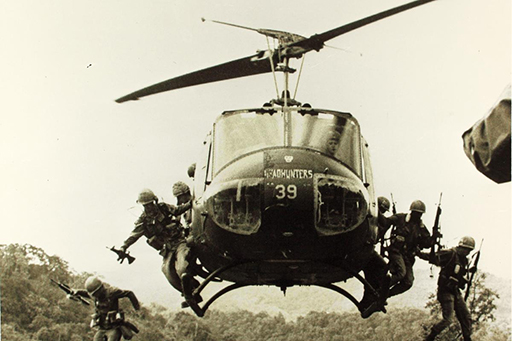 Larry Bell started in the aviation industry as a mechanic in 1912. After the death of his brother, he took a job with Martin (then known as the Glenn L. Martin Company). By 1928, he was in a position to demand a partnership with Glenn Martin, rather than always be an employee. When he was refused, he left and began working for Consolidated, who offered him a much better arrangement in Buffalo, NY. While Larry wanted to start his own company, he knew a startup couldn’t compete with both local powerhouses, Consolidated and Curtis. IN 1935, however, Consolidated decided to shift its operations to the west coast, which lead Larry Bell to stay in New York and start the Bell Aircraft Corporation.

That same year, he was invited to tour aviation factories in Germany, where he learned about modern manufacturing techniques, and saw his first helicopter, the Focke-Wulf Fw 61.

Their track record in fixed wing aircraft was hit or miss. While the developed several flops. Most notably the P-39 Airacobra. This unusual airplane wasn’t liked by US and British was planners, but the Soviets used them extensively, to lethal effect. Soon, the first U.S> jet fighter was produced, the P-59 Airacomet flown in 1942.

What would be Bell’s legacy was first flown in 1943. The model 30 was a test bed that would lead to the model 47, which was the world’s first commercially rated helicopter in 1945. This was the iconic H-13 Sioux, aka the helicopter in the TV show MASH. Not long after, in 1959, the Huey flew for the first time. This helicopter is still flown world-wide. With over 17000 built, this aircraft was undergone many upgrades over the years, with its latest model the Bell 412 is still being produced today, sixty years later. This model also leads directly to the AH-1 Cobra, which was introduced in the Mid-sixties and is still in production today.

Post WWII, the company became a rocket producer as well, with several successful designs, most notably the XLR-81 rocket engine, which powered the mighty Atlas and Titian rockets. Finally, the famous X-1; the rocket powered aircraft that was the first manned object to break the sound barrier in 1947. They produced a number of experimental aircraft for NASA in the following years as well.

In 1960, Textron purchased Bell, but retained the name Bell Helicopter, as a separate division, and opted to initially keep the name Bell Aerospace Textron. It was the 1960’s that lead to various spacecraft systems being built by Bell/Textron, from lift rocket engines, to maneuverability rockets for the Mercury program and the Apollo Ascent Propulsion System that launch the astronauts from the surface of the moon back into orbit.

While their fixed wing legacy was often pushing the boundaries of what was possible, become lessons for later designs. While their rockets were instrumental in America’s space program, they never become a household name from that. It is the remarkable helicopters that have insured the name Bell will be in our history books forever.