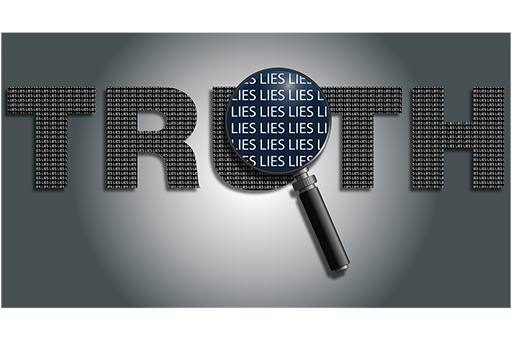 Since Donald Trump won the United States presidential elections, people all over the world have tried to understand how such and obviously unqualified person could get elected to such an important office. Many theories have been put forward, from the dark reality of a terrible populace whose racial hatred of Obama led to a backlash, to the calculated tactic of appealing to the dullest of voters. Recently, I was listening to some diehard Trump supporters discuss politics and economics, and it gave me another view.

In 2017, while Trump was touting that is inauguration was the largest in history, most of the world laughed at him. One only had to go back to the previous administration to find one obviously, demonstrably larger. Yet, on national TV, Kellyanne Conway used the phrase “alternative facts” to describe the obvious lie. Later, in an interview, she said the following.

In simpler terms, people want to believe what they want to believe. The fact that something is TRUE has no real meaning if one doesn’t “feel” it’s true. The political party that constantly belittles the far left for valuing people’s feelings, calling them “snowflakes,” are the ones who rely on their feelings to guide their belief systems.

I think it is no accident that people on the far right of the political scale in the United States are primarily evangelical Christians. Children are brought up from a very early age to believe without question their vision of Christianity. Even when the Bible contradicts their view, they have been conditioned to comb the scriptures until they can find a scrap of text that can be manipulated into supporting their belief. It becomes very easy to manipulated everything to fit what you feel to be true.

Global warming? Surely that can’t be true…it must be the Chinese who want to destroy are economy. (Ignoring the fact that China relies on income from the US as a primary market). Maybe this crazy weather is God punishing the US for all the socialism and gay marriage.

Obamacare? It can’t work because socialism is always bad. I’ve heard that my whole life so it must be true. (Ignoring the socialist programs working and loved in the US, like social security, Medicare, police and fire departments, etc).

You need a gun to be safe (and free). I feel safer when I’m carrying my gun, regardless of what any statistics say.

Gay marriage, people saying “happy holidays,” and Muslim women wearing hijabs are all contributing to Christians being persecuted in the US.

Once you take the step to dismiss proven science and history, the rest falls like dominos. Once the erosion of truth begins, it may never be reversed without radical intervention. Trump winning an election isn’t the true problem, only a symptom of a much great evil; the loss of truth.

“The men the American people admire most extravagantly are the most daring liars; the men they detest most violently are those who try to tell them the truth.”
― H.L. Mencken