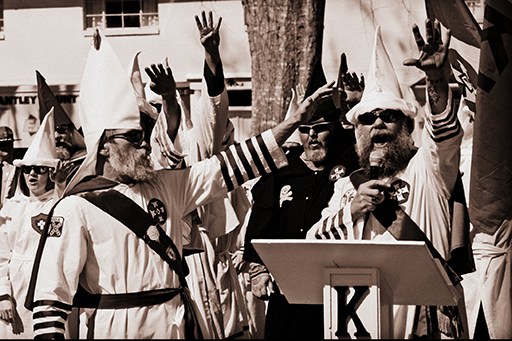 Republicans: Those football players shouldn’t kneel for the national anthem, it’s disrespectful to the flag!

Democrats: Since you are worried about people being disrespectful to the US flag, we should just take these Confederate statues and flags down.

Also Republicans: We have a day in honor of the great American Nathan Bedford Forrest.

Everyone else: Wasn’t he the first Grand Wizard of the KKK? Didn’t he commit treason and fight against the US government in the Civil War? Didn’t he lead a massacre that killed a bunch of prisoners during the war, aka a war crime?