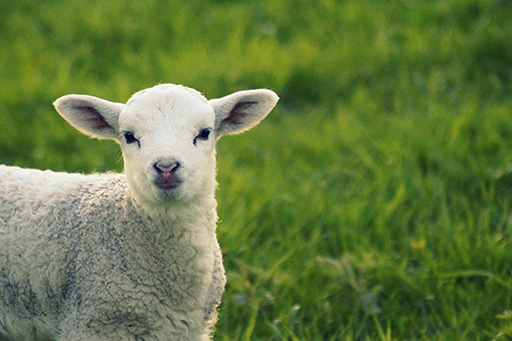 We are about to study the Passover. Before we do, let’s recap. Moses/Aaron/Yahweh have managed to kill every plant, fish, and domestic animal (horses, ox, sheep, camels, pigs, and goats). That is the entire food supply. At this point, the Egyptians are surely eating rats, dogs, and cats at this point just to survive. Before the final judgement against Egypt, Yahweh has one last plan to unleash.

Speak now in the ears of the people, and let every man borrow of his neighbor, and every woman of her neighbor, jewels of silver and jewels of gold.

God uses magic to make the Egyptians love the Jews and Moses, even though he has doomed them all. God’s people “borrow” the Egyptian’s gold and silver. They’re all going to starve to death anyway. God admits his next atrocity is the death of all the first born, including animals and the slaves! That seems…sociopathic.

And there shall be a great cry throughout all the land of Egypt, such as there was none like it, nor shall be like it any more.

But against any of the children of Israel shall not a dog move his tongue, against man or beast: that ye may know how that the Lord doth put a difference between the Egyptians and Israel.

This is also, in a word, stupid. First, I think the book of Revelation has a worse period of wailing in store for Egypt. Secondly, the dogs won’t bark in Goshen to show how awesome god is? If you still haven’t figured out who the bad guy is, the chapter ends with this.

And Moses and Aaron did all these wonders before Pharaoh: and the Lord hardened Pharaoh’s heart, so that he would not let the children of Israel go out of his land.

That’s right, god is personally interfering with the Pharaoh’s decision making process to prolong the suffering of the Egyptian people.

Okay. This is exciting. We get the rules for Passover now. I’ll link to it, but here’s the process.

Add “Destroyer” to the list of Yahweh’s many names. This always seemed strange too. Without the blood, god was going to kill everyone? Surely, he knew who his own people were, he just needed a blood sacrifice?

Finally, we get the great escape. At night god tells Moses and Aaron to get up and get everyone moving…after they were told to stay inside all night. They grab their crappy bread and leave with huge herds of cattle, and all the gold and silver they can carry. The Bible says the following.

And they baked unleavened cakes of the dough which they brought forth out of Egypt, for it was not leavened; because they were thrust out of Egypt, and could not tarry, neither had they prepared for themselves any victual.

YOU JUST TOLD THEM TO ONLY EAT UNLEAVENED BREAD AND TO BURN ANY LEFTOVER FROM THE MEAL LAST NIGHT!!

The Bible then describes the list of who is allowed to partake in Passover. No “stranger” can eat of it, but circumcised slaves should partake. Employees and foreigners are a no. Then, he backtracks and says that strangers who live with you (?) can eat the Passover, but only if they are circumcised. He also specifically prohibits the breaking of the bones, which is probably a reference to prohibiting eating bone marrow, since “blood” is prohibited later in the Old Testament.

Otherwise, there’s a lot to unpack here. What exactly is the deal with circumcision? I get it, genital mutilation is widely practiced in history, but this has a very magical undertone. Apologists will say, “it was for health reasons,” but most doctors today don’t believe that to be true. Don’t forget, Moses’ wife threw their son’s foreskin on god himself to stop him from killing Moses at the beginning of this story. In history, the entire region circumcised their men at some point. Some cultures did it as infants, others as a rite of passage into puberty, and some upon marriage. IT wasn’t until the Babylonian exile (when this book was written) that the Jews were surrounded by uncircumcised people, and that became a unique marker for their culture. The entire practice has been theorized to have started by farmers. Since they had to prune their plants to increase yields, they may have supposed doing the same to their penis would help them have more children. Seriously. Here’s a great read about the practice.

Also, what is the obsession with unleavened bread? The most accepted theory seems to be that risen bread is “corrupted” by the leavening, and therefore unacceptable. Leavening is a symbol of sin, it seems; not so much that it is universally discouraged. Bread is tasty, after all. In addition, modern households arrange to “sell” their leavening to a gentile. They can then “hold onto it for them” in a locked box in their house. Surprisingly, these transactions are usually canceled immediately after Passover. Jews and Muslims are very good at finding loopholes in their holy books, but Christians seem to be content to just ignore the stuff they don’t like. Here’s some further reading here and here.

Once they arrive in the promised land, they are given one last tradition to uphold.

And it shall be when the Lord shall bring thee into the land of the Canaanites, as he sware unto thee and to thy fathers, and shall give it thee,

That thou shalt set apart unto the Lord all that openeth the matrix, and every firstling that cometh of a beast which thou hast; the males shall be the Lord’s.

And every firstling of an ass thou shalt redeem with a lamb; and if thou wilt not redeem it, then thou shalt break his neck: and all the firstborn of man among thy children shalt thou redeem.

And it shall be when thy son asketh thee in time to come, saying, What is this? that thou shalt say unto him, By strength of hand the Lord brought us out from Egypt, from the house of bondage:

And it shall be for a token upon thine hand, and for frontlets between thine eyes: for by strength of hand the Lord brought us forth out of Egypt.

What does that all mean? For one, the first born male of everything is god’s; the first born of every womb. So the first born of all the sheep and goats are sacrificed to god, but god doesn’t want your donkeys. You can “pay” for the life of your first born donkey by sacrificing another animal. If you don’t “redeem” your donkeys, you must break their necks. Additionally, you can do the same in lieu of your human children. That’s right, by the letter of the law, god wants the lives of your first born sons, but you can substitute another animal. My guess is, the real value of donkeys (they have a much lower birthrate than goats) is pretty high, and goats are literally a dime a dozen. Also, the softening of the view regarding child sacrifice gave them an easy out, while maintaining the terrible visage of a blood thirsty god. So make sure you have an available sacrifice if you give birth to a son.

The history of human sacrifice in the Bible is controversial. To Christians, the thought that their god would be so cruel is unconscionable, so they point to the verses that forbid child sacrifice. Others point to verse such as the ones we just explored that condone it. It is telling the verses that condemn it seem to focus on not sacrificing children to other gods. You can read some opinions about it here, here, and here.

Here’s were we end for now; the chosen people are on their way out of a devastated Egypt left in ruins. Smooth sailing now, right?