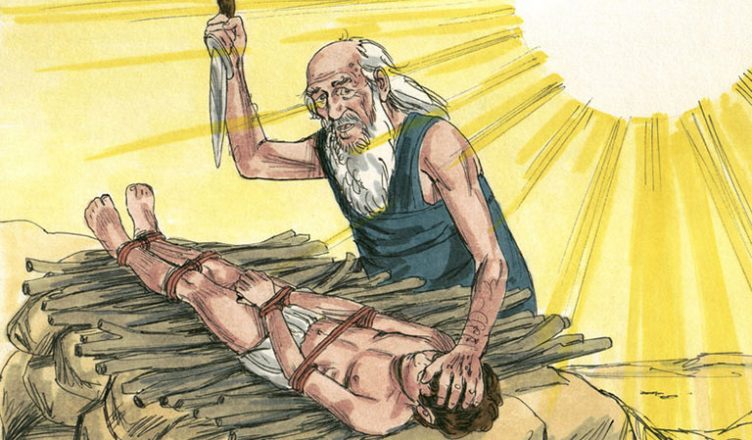 Judaism, Islam, and Christianity are collectively referred to as Abrahamic religions. They all trace back to one man, Abraham. All of these religions worship the same god, the god of Abraham. Judaism refers to him as Yahweh. Christianity refers to him as Jehovah or just God, although because of the magic of the Trinity, Jesus is also considered God. Finally, Islam simply refers to him as God (or Allah, in Arabic). This seems to be the beginning of monotheism in the old testament. His story will be broken into several sections. The first is his origins, and we will end with his death and wrap up the implications of his story and how they influenced the three religions. SPOILERS: Abraham starts out Abram, and changes later. Stay tuned.

The Journey to Isaac

The Bible gets a bit verbose in Genesis 20, so let me paraphrase the story. Abraham hits the road again, and journeys to a place called Gerar. Once again, he tells everyone Sarah is his sister. ONCE AGAIN, a royal house (this time Abimelech, King of Gerar) hooks up with her. God appears in a dream to Abimelech and tells him what’s up, so the King says he hasn’t touched her yet. God tells him to give her back or he will start killing. We end up with this conversation.

Then Abimelech called Abraham, and said unto him, What hast thou done unto us? and what have I offended thee, that thou hast brought on me and on my kingdom a great sin? thou hast done deeds unto me that ought not to be done. And Abimelech said unto Abraham, What sawest thou, that thou hast done this thing? And Abraham said, Because I thought, Surely the fear of God is not in this place; and they will slay me for my wife’s sake. And yet indeed she is my sister; she is the daughter of my father, but not the daughter of my mother; and she became my wife.

Wait! WHAT? In a M. Night Shyamalan twist, Abraham reveals that Sarah is his step-sister (eww) and he wasn’t technically lying. Then he admits he does this all the time, and the king gives him sheep, oxen, 1000 pieces of silver and slaves and tells him he can stay anywhere in his kingdom (but I would assume not at his place anymore). Then Abraham prays for Abimelech, because god had made all the women in the household barren because of the whole Sarah ordeal. God removed the curse and everyone began having babies again.

Finally, A Baby For Sarah! 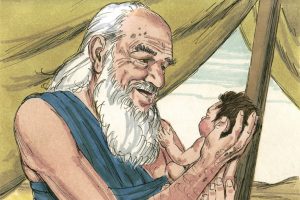 Okay, that sounds creepy, but at least Sarah finally has that son. They called him Isaac, and everyone as happy. Well, not everyone. Sarah sees Ishmael “mocking” Isaac, which got her thinking. She tells Abraham to throw out Ishmael and Hagar to protect Isaac’s inheritance. Abraham was upset, because, this as his son, after all. God tells him not to worry, it will all work out.

And Abraham rose up early in the morning, and took bread, and a bottle of water, and gave it unto Hagar, putting it on her shoulder, and the child, and sent her away: and she departed, and wandered in the wilderness of Beersheba. 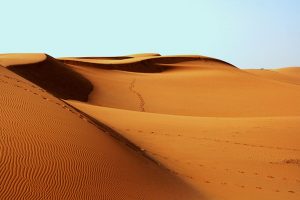 The word used for “mocking” is also later translated as “caressing.” It has also been translated as “playing,” so it is unclear what actually happened. It is clear that this act wasn’t malicious, but simply the kids were together and Sarah, who has a history of hatred to Hagar, wanted her gone.

They set off into the wilderness of Beersheba. Once the water bottle Hagar was given was empty, she wandered off from her son, because she couldn’t bear to watch him die. Then the Lord appeared to her and said it will be fine, and she saw a well that wasn’t there before and everything then worked out…somehow. They continued living in the wilderness, and Ishmael becomes an archer. His mom finds him a good Egyptian girl to settle down with. Then we are done with this story for now.

The story now turns back to Abraham, who has a run in with Abimelech. Some of Abimelech’s men have violently taken a well from Abraham, but the King denies knowing it happened, and the enter a covenant between the two men. Well, you know that doesn’t fair well for the animals, but then this happens.

And Abraham set seven ewe lambs of the flock by themselves. And Abimelech said unto Abraham, What mean these seven ewe lambs which thou hast set by themselves? And he said, For these seven ewe lambs shalt thou take of my hand, that they may be a witness unto me, that I have digged this well. Wherefore he called that place Beersheba; because there they sware both of them. Thus they made a covenant at Beersheba: then Abimelech rose up, and Phichol the chief captain of his host, and they returned into the land of the Philistines. And Abraham planted a grove in Beersheba, and called there on the name of the Lord, the everlasting God.

Abimelech: “What’s this for?”

Abraham: “This PROVES I really dug that well.”

Abimelech’s adviser: <he’s the guy that cut off everyone’s….>

Abimelech: “Okay, buddy. Thanks for the sheep.” Are you okay to drive? Do you need a ride home?”

Then they named the place Beersheba…wait, Beersheba was already a place only a few verses ago. Did anyone proof read this?

And he said, Take now thy son, thine only son Isaac, whom thou lovest, and get thee into the land of Moriah; and offer him there for a burnt offering upon one of the mountains which I will tell thee of.

Finally, the voices in Abraham’s head tell him to kill his son and set the body on fire. You know, like good, righteous men are want to do. They take a long journey into the mountains. Their, they build an alter and Abraham ties his son up. With knife in hand, ready to strike, this happens…

And the angel of the Lord called unto him out of heaven, and said, Abraham, Abraham: and he said, Here am I. And he said, Lay not thine hand upon the lad, neither do thou any thing unto him: for now I know that thou fearest God, seeing thou hast not withheld thy son, thine only son from me. And Abraham lifted up his eyes, and looked, and behold behind him a ram caught in a thicket by his horns: and Abraham went and took the ram, and offered him up for a burnt offering in the stead of his son.

And said, By myself have I sworn, saith the Lord, for because thou hast done this thing, and hast not withheld thy son, thine only son:That in blessing I will bless thee, and in multiplying I will multiply thy seed as the stars of the heaven, and as the sand which is upon the sea shore; and thy seed shall possess the gate of his enemies; And in thy seed shall all the nations of the earth be blessed; because thou hast obeyed my voice.

There’s two ways to interpret this. The first is that Abraham clearly has a psychotic break and tries to kill his son. The story then covers it up and blames god. The second interpretation is that god tests Abraham, who is rewarded by the exact same thing that has already been promised to him, and a formal covenant between him, his people, and god already exists! A covenant that is never fulfilled (remember that “god’s chosen” are only in political control of the promised land for three or four hundred years over the past 3500 years or so this agreement has been in existence.

Again, if this is a test, it is a nonsensical one since the reward is already established before the test and god (who is omniscient at this point?) should already know the outcome.

There is a belief that the Old Testament condones or even requires human sacrifice. The topic is pretty broad, so I will provide links here for your reading. My only comment is the entire point of Christianity is that Yahweh sacrificed his own son. The Bible clearly speaks out against human sacrifices…to the wrong gods. Read about it here, here, and here.

Here’s the take way. Clearly Abraham and Sarah were grifters. They scammed the King of Gerar here and the Pharaoh earlier. The Good Guy in this story lies, tries to kill one of his sons, and sends the other son and his mother out into the desert with a bottle of water and a piece of bread. This is a terrible person.

Next time, we’ll wrap up this story and look at the implications of the story on world history.