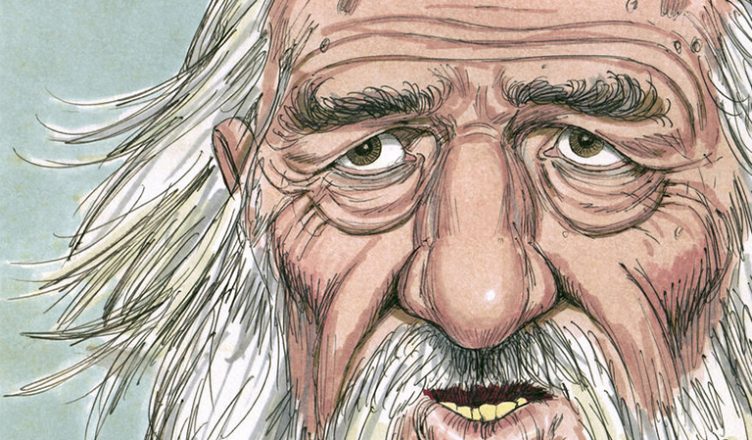 Judaism, Islam, and Christianity are collectively referred to as Abrahamic religions. They all trace back to one man, Abraham. All of these religions worship the same god, the god of Abraham. Judaism refers to him as Yahweh. Christianity refers to him as Jehovah or just God, although because of the magic of the Trinity, Jesus is also considered God. Finally, Islam simply refers to him as God (or Allah, in Arabic). This seems to be the beginning of monotheism in the old testament. His story will be broken into several sections. The first is his origins, and we will end with his death and wrap up the implications of his story and how they influenced the three religions. SPOILERS: Abraham starts out Abram, and changes later. Stay tuned.

Genesis 23 starts by telling us Sarah died, and then we have a long section dealing with Abraham buying a tomb. This is odd, until you realize the importance of this story. We’ll get there. 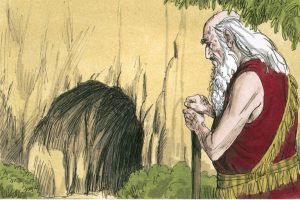 The Abraham, who knows he is not long for this world, sends his servant in search of a wife for Isaac. He doesn’t want any of the Canaanite skanks, he wants his son to marry into “his people.” He has a long conversation with his servant, who then goes back to “the old country.” There, he declares that the first woman to offer him and his camels water is the one. This is the Bible, so the first one is Isaac’s cousin. The servant is invited to stay the night, and he then tells them why he is there. This occurs by REPEATING THE ENTIRE STORY UP TO THIS POINT. I guess there was a minimum word count for the book of Genesis. 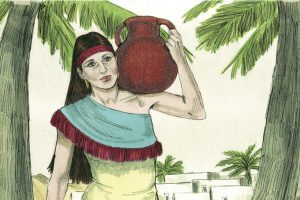 And the servant brought forth jewels of silver, and jewels of gold, and raiment, and gave them to Rebekah: he gave also to her brother and to her mother precious things. And they did eat and drink, he and the men that were with him, and tarried all night; and they rose up in the morning, and he said, Send me away unto my master. And her brother and her mother said, Let the damsel abide with us a few days, at the least ten; after that she shall go. And he said unto them, Hinder me not, seeing the Lord hath prospered my way; send me away that I may go to my master. And they said, We will call the damsel, and enquire at her mouth. And they called Rebekah, and said unto her, Wilt thou go with this man? And she said, I will go.

The family wanted to spend one last week or so with Rebekah, before she went away forever, but the good guy in the story said no.

And Isaac brought her into his mother Sarah’s tent, and took Rebekah, and she became his wife; and he loved her: and Isaac was comforted after his mother’s death.

Let’s pause for a moment are read that. Isaac consummated his marriage on his dead mother’s bed. Eww. Then we round out the story with Abraham taking a concubine for a wife and having several more children before he dies. Remember after the flood when god said everyone would only live to one hundred twenty years old? Well, Abraham died at one hundred seventy-five years old. He was buried next to Sarah. It is clearly stated that Isaac received everything upon Abraham’s death, and his other children only received gifts. (Except his first born, who got nothing).

What does it all mean?

It’s first important to realize the stories in the book of Genesis were written between 1000 BCE and 500 BCE. There are two themes at work in the story of Abraham. During the Babylonian Exile, the people remaining in Judah had a birthright to be in charge. This is why it was so important to show that Abraham bought and paid for the grave. This story is “proof” those remaining in Judah are the rightful owners of Palestine. The opposing view, written by those in exile, was the story of Exodus. This was “proof” those returning to the promised land were the rightful owners. This may be the first recorded case of “my dad can beat up your dad.”

In the world’s religions, Abraham is the “first Jew.” The name for god, Elohei Abraham, Elohei Yitzchak ve Elohei Ya`aqob (“God of Abraham, God of Isaac, and God of Jacob”) is evident of his role in Judaism. The covenant between god and the Jews starts here.

In Christianity, Abraham is not quite as significant, but Christians often refer to god as the God of Abraham. There’s a children’s song with the following lyrics.

This is interesting because, as you can see, Abraham did indeed have many sons, but only one of them (Isaac) received an inheritance. Even that one was nearly killed by Abraham himself. In Christianity, Jesus overshadows the god of the old testament and the other prophets, as he was elevated to divinity by Paul.

In Islam, Abraham (or Ibrahim) is considered one of the greatest prophets, and one of a long chain that starts with Adam and culminates in Mohammed. Abraham is mentioned more times than any other person in the Quran except Moses.

This is the bizarre result of this story. Three major religions all worship the same god (the god of Abraham), but cannot see eye to eye on the details. Endless wars and death have occurred between the three branches of Abraham, yet all consider themselves brothers. Abraham was a slave owner, a grifter, and was willing to kill his own son. He married his own sister and all but ignored the many children he had with slaves. He was thrown out of Egypt and the Kingdom of Gerar for bring the wrath of god down on those royal families through his lies.  This is the legacy of Abraham.

Up next, does the apple (Isaac) fall far from the tree?