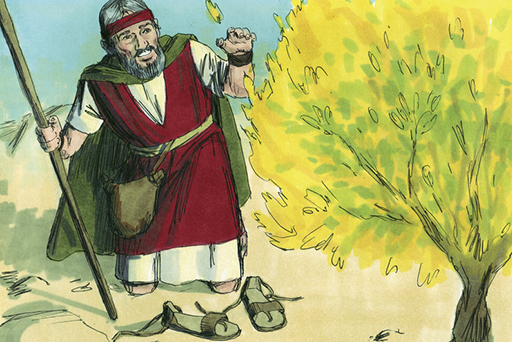 The book of Exodus is the next book in the Bible. While Moses was alleged to be the writer, it was written around 600 BCE, which is about six hundred years after Moses was supposed to have been born. Also, he was probably a myth. The entire story was based on Mesopotamian myths, with a little Egyptian thrown in for good measure.

To begin, the book says that Joseph died, but his family had expanded to “fill” the land. Here’s a terrible article that tries to do the math if you are interested. Essentially, over a period of 430 years, the population of Israel is alleged to go from less than one hundred people total (Genesis 1:5) to over six hundred thousand men of fighting age (not including Levi’s tribe) in Numbers 1:45-48. Once you account for the children, elderly, and women, the website reckons about five million people. To place that in perspective, the population of modern Israel is less than ten million people. The “population growth formula” they use on the website isn’t; it’s actually the formula for compound interest.

Now there arose up a new king over Egypt, which knew not Joseph.

And he said unto his people, Behold, the people of the children of Israel are more and mightier than we:

Come on, let us deal wisely with them; lest they multiply, and it come to pass, that, when there falleth out any war, they join also unto our enemies, and fight against us, and so get them up out of the land.

It is important to note that there are four generations between Jacob and Moses. In this short time span, a king was born in Egypt that didn’t know who Joseph was? They feared this small population that had somehow grown from a hundred or so people in a couple of generations to outnumber the indigenous population of Egypt. The Pharaoh decided to deal “wisely” with this massive group of people that could overthrown the government if given the chance. What was “wisely?” Well, to force the entire population into hard labor of course! They’ll make mud bricks for my treasure cities! The more work he gave them, the more they “multiplied.” Finally, Pharaoh told the midwives to kill all the male babies born, but the didn’t. With that obstacle, he then told the Hebrews to throw any boys they birth into the river. Remember, this is the wisest way of dealing with a huge population that you are worried will rebel against you. It seems Pharaoh was a very stable genius.

One of the Levi’s had a male child, and they put him in a little boat and put him in the river. Wait, so this implies that they were killing off the kids, right? Wouldn’t this negatively impact the astronomically birthrates needed to hit their multi-million population goal in just a couple of more generations? Anyway, the Pharaoh’s daughter found him and deiced to keep it and call him Moses. She sent for a Hebrew wet nurse, you know, because no Egyptian woman is going to nurse one of them, you know.

Next thing you know, Moses is grown.

And it came to pass in those days, when Moses was grown, that he went out unto his brethren, and looked on their burdens: and he spied an Egyptian smiting an Hebrew, one of his brethren.

And he looked this way and that way, and when he saw that there was no man, he slew the Egyptian, and hid him in the sand.

And when he went out the second day, behold, two men of the Hebrews strove together: and he said to him that did the wrong, Wherefore smitest thou thy fellow?

And he said, Who made thee a prince and a judge over us? intendest thou to kill me, as thou killedst the Egyptian? And Moses feared, and said, Surely this thing is known.

Now when Pharaoh heard this thing, he sought to slay Moses. But Moses fled from the face of Pharaoh, and dwelt in the land of Midian: and he sat down by a well.

Moe sees an Egyptian hitting a Hebrew, so when the man was alone, Moses kills him and buries him in the sand. The next day, he sees two guys fighting and tries to break it up. The say, “you’re not the boss of me,” and add, “what are you going to do, kill me like you did that dude yesterday?” Moses realizes everyone knows, so he takes off and hides in Midian. Once he arrives in Midian, he settles down with a distant relative and gets married and has a son. Back home, things are getting interesting.

And God heard their groaning, and God remembered his covenant with Abraham, with Isaac, and with Jacob.

And God looked upon the children of Israel, and God had respect unto them.

The mean Pharaoh dies and the Hebrews decide to cry out then? Not during the intensive oppression? The God suddenly remembers that he promised them their own land…well he actually kept giving it to them but they kept moving around. Then he starved them out of the promised land to bring them into bondage…but I digress. Yahweh is back, and he appears to Moses in a burning bush.

And the Lord said, I have surely seen the affliction of my people which are in Egypt, and have heard their cry by reason of their taskmasters; for I know their sorrows;

Now therefore, behold, the cry of the children of Israel is come unto me: and I have also seen the oppression wherewith the Egyptians oppress them.

Come now therefore, and I will send thee unto Pharaoh, that thou mayest bring forth my people the children of Israel out of Egypt.

Get it? God says he will deliver his people to…well, the land occupied by the Canaanites, Hittites, Amorites, Perizzites, Hivites, and Jebusites. And by “I will”, I mean “Moses will.” Go do this thing, Moses. Moses is understandably skeptical.

“I’m just some smuck, what do you expect me to do? By the way, who are you exactly?”

Yahweh doesn’t say, “I’m Yahweh.” He says he is the god of Abraham, and Jacob, and blah, blah blah. He adds, just tell them “I AM.” Then he hatches a scheme to get his people free. Tell the Pharaoh you only want to go for a week, and then he’ll say no. THEN, I can release my wrath on them. Also, on the way out the door, steal them blind.

As a side note, what’s up with “I AM THAT I AM?” Well, Yahweh is actually translated exactly to I AM THAT I AM. This is the Genesis, if you will, of the name Yahweh. Several different people wrote the first few books of the old Testament. In some places, they use Yahweh, in others, Elohim. To make matters worse, there was a law about saying god’s name wrong. We’re talking “stoning to death.” Many people used the name LORD as a generic filler to keep from saying it wrong. This belief is at least part of the reason you have so many “names of god” in the Bible. A much more interesting issue is the early Semitic tribes were by no means monotheistic. As we shall see in this story, the Hebrews in this time worshiped many gods. So, when Moses hears, “I am the god of your fathers,” he’s like, “which one?”

So, Moses says, what if they don’t believe me? So, god gives him some signs.

And the Lord said unto him, what is that in thine hand? And he said, A rod.

And the Lord said unto Moses, Put forth thine hand, and take it by the tail. And he put forth his hand, and caught it, and it became a rod in his hand:

That they may believe that the Lord God of their fathers, the God of Abraham, the God of Isaac, and the God of Jacob, hath appeared unto thee.

And the Lord said furthermore unto him, Put now thine hand into thy bosom. And he put his hand into his bosom: and when he took it out, behold, his hand was leprous as snow.

And he said, Put thine hand into thy bosom again. And he put his hand into his bosom again; and plucked it out of his bosom, and, behold, it was turned again as his other flesh.

God teaches him some magic tricks to get him in the door. Three, to be exact, incase the first two don’t work. Should god know which ones are going to work? Moses isn’t impressed, since he can’t do public speaking. God gets pissed, and tells him he’s GOD and can make him talk right if he can’t do it on his own. Apparently, god can’t convince Moses, since he relents and tells him to get with Aaron, and he’ll do the talking. Wait, so why not just teach Arron the magic tricks? Now Moses is just window dressing.

He gets his family together and heads back to Egypt. God warns him that Pharaoh will not relent BECAUSE GOD WILL HARDEN HIS HEART AND KEEP THE PEOPLE IN BONDAGE until he gets to kill the Pharaoh’s first-born child. That right, Pharaoh wants to release the Hebrews, but god is the one who keeps them in bondage. After all, he’s the one that put them there to begin with. Then this happens on the road trip.

And it came to pass by the way in the inn, that the Lord met him, and sought to kill him.

Then Zipporah took a sharp stone, and cut off the foreskin of her son, and cast it at his feet, and said, Surely a bloody husband art thou to me.

So he let him go: then she said, A bloody husband thou art, because of the circumcision.

Okay, what the fuck? A straight reading of this is that god appeared in person to kill Moses, then his wife circumcised their son with a rock, and threw the foreskin on god and said, we are married now, so leave. He then left.

Across the board, no one knows what this is supposed to mean. Other sources and books say god is killing Moses because he brought his family with him on the mission, OR that his son wasn’t circumcised, OR that “the Lord” is translated wrong and it is actually Satan. The second verse can be a symbol of Zipporah saving the day by doing the circumcision, OR appeasing god my sheading blood, OR that she actually circumcised herself, for unclear reasons. This is a rabbit hole you can disappear in, but here’s a quick rundown on Wikipedia.

To round out the chapter, and to just ignore what happened at the inn, Moses arrives and meets Aaron. They go to the elders and they all get on the same page. The stage is set to meet the Pharaoh, coming up in our next installment!